Allen is a leading light in Sustainability. He has a deep understanding of the theory and practice of ESG. He keeps an eye on emerging forces in the global business ecosystem. Expert in our new world order of mandates and expectations, Allen helps people acquire understanding and make sound strategic decisions. He is an effective communicator and skilled negotiator, adept at informing business leaders, investors and other stakeholders, and helping people “do ESG” well.

Allen is a graduate of the College of Wooster (AB), Columbia University (JD) and the University of Chicago (MBA) where he studied under three Nobel laureates. He started his professional life as an attorney with the Taft law firm (featured in the Dark Waters environmental justice movie). He was later an investment banker in New York in the corporate finance department of Bear Stearns, a major bracket investment bank that pioneered what became known as “private equity”. Allen then spent a year in Cambridge, Massachusetts as a full-time strategic advisor to the the chief executive of Arthur D. Little Inc., a leading international consulting firm, and the president of its ADL Enterprises unit. Allen then came to Dallas where he directed the corporate finance department of the regional investment banking firm Schneider Bernet & Hickman.

With all that educational and professional background, Allen became an entrepreneur.

He has founded, co-founded, owned or co-owned, many companies, including an investment research business whose quantitative work won many industry awards, and two magazine companies: American Visions, the official magazine of the African American Museums Association, and Marlin Magazine, about big game sport fishing. The most notable company he has created was Murex Corporation, which invented and commercialized the acclaimed Single Use Diagnostic System for HIV-1 (“SUDS”), which was the first, and for years, the only, product approved by the U.S. Food and Drug Administration’s (FDA) for rapid HIV testing. SUDS became world famous in the medical war against AIDS. Murex became International Murex Technologies, which became a publicly held company, and was thereafter acquired by Abbott Labs. 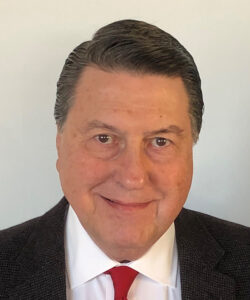 Allen Campbell, the founder of McAlan

Count on us to bring you information, news and insights from our panel of experts:

Professor of Accounting at Houston Baptist University. Dr. Mike teaches ESG accounting, and other advanced accounting topics. He specializes in the development and analysis of complex business opportunities and risks with uncertain outcomes. He is an innovator in experiential learning and educational gaming. His innovative approach to ESG/Sustainability, is exemplified by his award-winning case, “Save The Blue Frog,” which involves the integration of strategic, operating, and financial practices while balancing economic outcomes with social and environmental considerations.

He previously taught at Providence College, Sacred Heart University, Suffolk University, and the Universities of Connecticut and Massachusetts in the U.S. and at Maastricht University in the Netherlands. He has also presented his work at Dartmouth College, Harvard Law School, Johns Hopkins University and Yale University. He has authored or co-authored thirty peer reviewed articles in the Journal of Banking and Finance, the International Journal of Accounting, Research in Accounting Regulation, The CPA Journal, The Journal of Financial Planning, Accounting and the Public Interest, and elsewhere. He has authored a book on Business Planning and Entrepreneurship for Business Expert Press, more than five hundred blog posts and numerous book chapters, newsletters, and podcasts for Wiley, Routledge, Henry Stewart, Kaplan and other publishers. Since 2014, the Social Science Research Network (SSRN) has ranked him in the All-Time Top 10% of global researchers. He serves on the Editorial Advisory Board of The CPA Journal and the Advisory Board of the Center for Professional Accounting Practices at Fordham University. 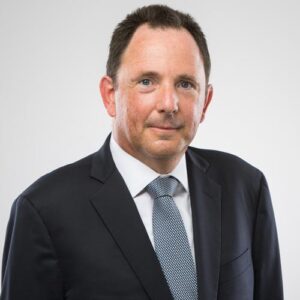